Thomas Rhett at the T-Mobile Center in Kansas City on Friday, May 19th 2023 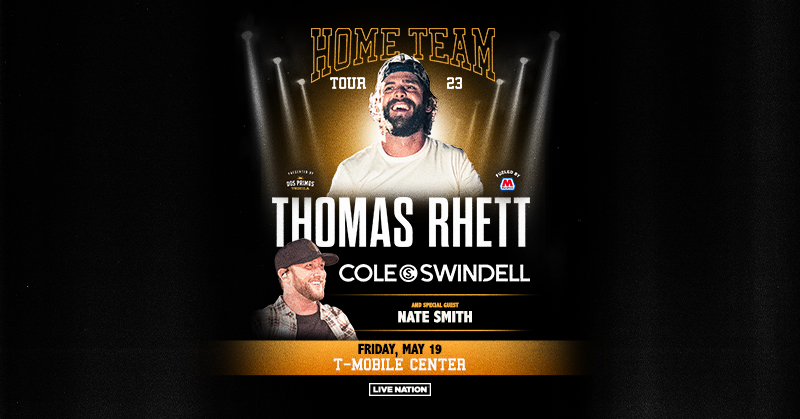 Country Music Superstar Thomas Rhett is coming to the T-Mobile Center in Kansas City on Friday, May 19th 2023 with his Home Team Tour! Special guests include Cole Swindell and Nate Smith.

The country hitmaker will bring the Home Team Tour to 27 states from May through September 2023. In total, he just put 40 new tour dates on his calendar. The tour’s name comes from Rhett’s name for his fan community. In fact, it’s at least the second Home Team Tour he’s embarked on. In 2017 he brought Kelsea Ballerini and more along for a Home Team Tour that focused on the midwest and southeast.

Cole Swindell and “Whiskey on You” singer Nate Smith will open the Home Team 23 Tour. It kicks off in Des Moines, Iowa, on May 4th and wraps up in Nashville on September 29th.

Tickets go on sale to the general public on Friday, November 11th at 10AM local time.