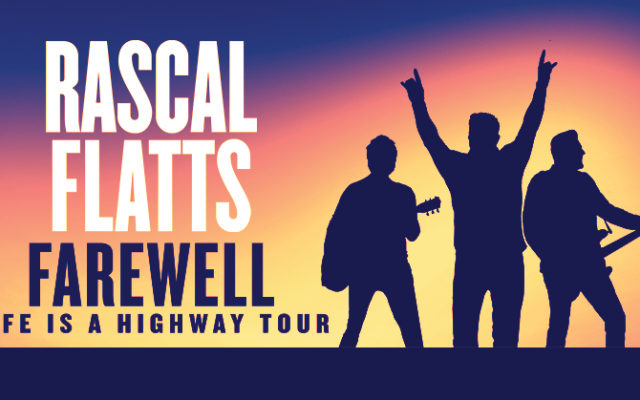 In the interest of the safety of everyone involved Rascal Flatts will not be moving forward with the Farewell Tour, including their stop at the Sprint Center. Refund information is available at livenation.com/refund.

“2020 is still an important year for us as a band and a milestone we want to celebrate with our fans, so please stay tuned for some fun surprises coming your way soon! We love you and can’t thank you enough for being on this journey with us! Thank you for understanding. Stay safe, Rascal Flatts”

An unforgettable chapter in country music history will be celebrated this year, as Rascal Flatts hits the road for their

FAREWELL: LIFE IS A HIGHWAY TOUR.

Since their musical debut in 2000, Rascal Flatts has over 22.5 million albums sold and over 28 million digital downloads. Over the course of their career they’ve delivered 15 #1 singles to the top of the charts. Rascal Flatts is the most awarded Country group of the past decade, earning over 40 trophies from the ACAs, ACMs, AMAs, CMAs, People’s Choice Awards and more. As one of the hottest-selling acts on tour in any genre, they’ve sold over 7 million concert tickets, and counting.

With countless milestones behind them, Rascal Flatts will be celebrating their 20th Anniversary with their farewell tour.