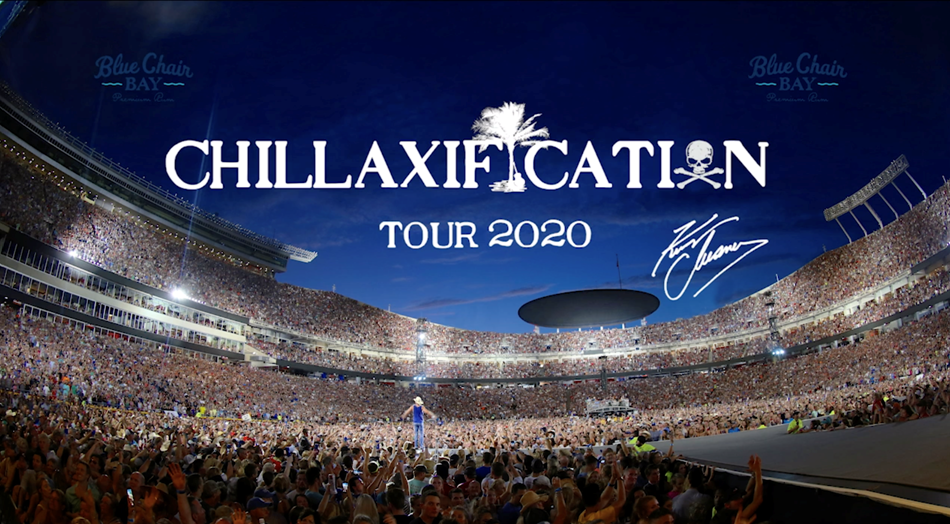 Kenny is ready to take it back to the stadiums! His Chillaxification 2020 tour is designed to bring great music, good vibes and one of his most diverse lineups to some of his favorite cities and a few new places. Joining him for this summer’s adventure at Arrowhead Stadium in Kansas City is Florida Georgia Line!

“These stadium shows are the most fun thing I do,” says Kenny. “It’s been a year, so when I get out there, I wanna make sure that No Shoes Nation is being rocked, having fun and getting all the music they can out of the day. We always try to do something different, bring someone new – and for anyone who’s never seen Michael Franti and Spearhead, just wait!”

The only country artist on Billboard’s Top 10 Touring Acts of the Last 25 Years, Kenny’s summer stadium treks have become legend – and gave rise to the iconic No Shoes Nation. Built on a strong commitment to the fans, Kenny’s No Shoes Radio serves as a connector for him.

“I love playing for No Shoes Nation any time, anywhere,” says Kenny, “but these stadium shows are always something so powerful, I can’t tell you how much anticipation goes into each one. Not to mention, we’re always wanting to top what’s come before – and I think this lineup might just pack the most fun of them all.”